For many years doctors and scientists have been warning us that excessive alcohol consumption can lead to a slew of diseases. In recent years, however, new evidence came to light suggesting that moderate drinking is good for what ales you. It can prevent or slow down many age-related ailments – including hearing loss, the third most common chronic condition experienced by older Americans, and affecting about one-third of people over 65, and half of those in their 80s.

At least two studies, one in Sydney Australia, and the other at the University of Michigan in Ann Arbor, suggest that an antioxidant commonly found in red wine can lead to better hearing.

Of course, red wine’s beneficial properties are not exactly new. Ancient Greeks used it to cure fevers and treat wounds. In the Middle Ages, wine was consumed freely and abundantly in order to kill germs carried by dirty water and other unsanitary conditions.

Subsequent improvements in health care, however, as well as the discovery of antibiotics and the development of other effective drugs, eliminated the need to rely on alcohol as a cure-all. But in the last decade researchers unearthed potential health benefits red wine exerts on heart disease, cancer, diabetes, stroke, Alzheimer’s, and other illnesses.

What is it about red wine that’s so good for us?

A 2002 study conducted at Macquarie University in Sydney on the prevalence, risk factors and impacts of hearing impairment on people over the age of 55 showed that “regular alcohol consumption was associated with a significantly decreased likelihood of moderate or greater levels of hearing loss.”

Although the link between alcohol (and specifically red wine) and hearing is not clear, “I suspect that all the data reflects the enhancement in micro-circulation in the cochlea as a result of the improvement in the cardiac system due to moderate alcohol ingestion,” explains professor Phillip Newall of Macquarie’s Speech, Hearing and Language Research Centre, who conducted the study.

And last year a team of researchers at the University of Michigan found that antioxidants in red wine can protect the delicate hairs inside the inner ear, thus helping to reduce age-related deafness and even hearing loss caused by loud noise. However, Jochen Schacht, professor of biological chemistry in otolaryngology and director of the U-M’s Kresge Hearing Research Institute, who led the study, cautions against uncorking that bottle of wine too quickly. “We have documented that certain antioxidants can protect the hair cells in experimental animals from some forms of damage, for example by noise or by drugs such as gentamicin,” he says. “The only connection to red wine is the fact that it does contain antioxidants, most prominently resveratrol. In one study a concentrated form was given to animals and that protected them somewhat against noise damage.”

What is resveratrol and how can it benefit the hearing? A natural compound found in large concentrations in red wine – as opposed to white or rosé, which are not as rich in resveratrol - it is considered to be a powerful antioxidant, a chemical that counteracts the damaging effects of oxygen in tissues.

Scientists believe that the delicate hairs of the inner ear can be damaged by the free radicals produced by normal cellular processes, in response to loud noise, or exposure to antibiotics. Antioxidants such as resveratrol neutralize these free radicals, and, consequently, protect against some of this damage.

That is good news for millions of people who suffer from hearing loss. But before you drink to your health, keep in mind that alcohol consumption is a double-edged sword; it can either benefit you or create more problems than it cures.

Here is a sobering piece of advice: the key to all these studies is moderation.

Furthermore, some people should not drink at all. Pregnant or nursing women, people with alcohol abuse problems, those taking certain types of medications or suffering from diseases that require abstinence, should avoid alcohol consumption. 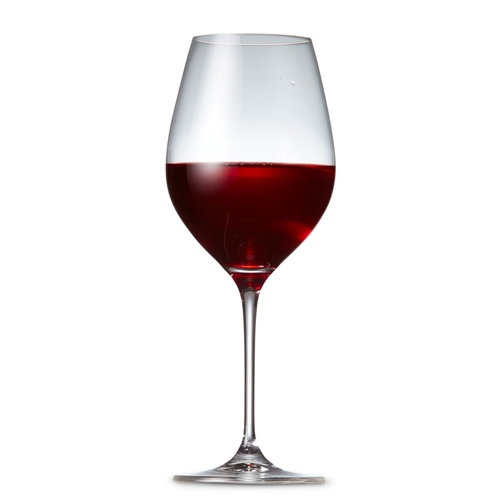 That does not mean you have to forego the healthful benefits of resveratrol because many non-alcoholic alternatives are rich in this antioxidant as well. Red grapes consumed with their skins, berries, peanuts, green tea, and even chocolate, are good sources.

If, however, there is no sound reason why you should abstain from moderate drinking, go ahead and raise a glass to good hearing. Red wine is nutritious and good for your ears – and that’s not just hearsay.

A sweet way to protect your hearing 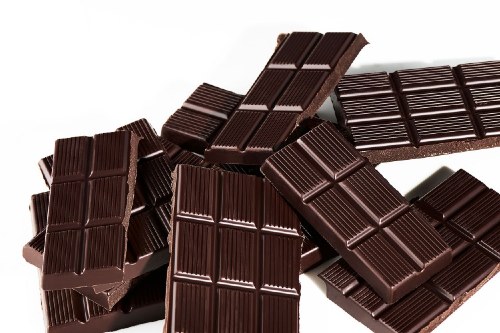 Chocolate, specifically the dark variety, has numerous antioxidants and high levels of zinc, both of which provide a boost to your immune system and fight potential infections in your body. Since ear infections can lead to hearing loss, the nutrients in dark chocolate may help protect against infections and preserve your hearing.

Dark chocolate with at least 70 percent cocoa content has also been shown to be good for your heart by improving blood flow and lowering blood pressure. One observational study found that eating chocolate five or more times per week lowered the risk of cardiovascular disease by 57 percent. Since poor heart health is linked to hearing loss, anything to improve your cardiovascular system can be helpful to your hearing health.

While small indulgences in dark chocolate and red wine may be beneficial to your hearing and health, too much can be a bad thing. Chocolate is often high in sugar and fat, so eating large amounts can lead to serious health issues, and consuming too much alcohol can be dangerous for many reasons. However, in moderation, chocolate and wine can be a healthy part of your diet and good for your hearing!